Next session of RK Parliament will be broadcast online The next sessions of Parliament will be broadcast online. This was announced during a joint session of the Chambers by Majilis speaker Nurlan Nigamtulin, Kazpravda.kz reports.

The Majilis Speaker said the deputies of both chambers are open to dialogue, interested in regular contacts with representatives of civil society and the media, and are ready to discuss any topic, any issues of concern.

Nigmatulin also emphasized that the active legislative work of parliament will be continued and put on a serious and systematic basis.

The Parliament will join the comprehensive control over the execution of laws, Nigmatulin added.

Recall, today the first session of Kazakhstan Parliament of VI convocation has completed. 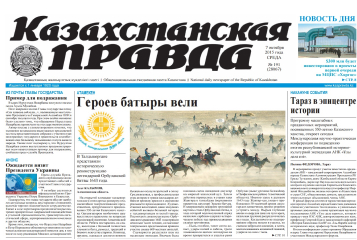